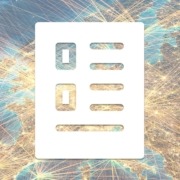 Brussels, 8 July 2021 – EuroISPA joins other industry players in signing a letter calling for the preservation of the E-Commerce Directive principles in the DSA.

The signatories note their support of an ambitious DSA and its objectives to protect consumers, while favouring innovation, growth, and competitiveness. However, the letter also highlights their concern that several Member States have questioned some of the key principles of the E-Commerce Directive, which are crucial elements of the European digital economy.

The letter calls for:

Joint industry letter calling for preservation of E-Commerce Directive key principles in DSADownload
https://www.euroispa.org/wp-content/uploads/2020/02/EuroISPA_featured_image15.jpg 720 1170 Secretariat https://www.euroispa.org/wp-content/uploads/2020/01/logo_euroispa_4c_invers_2-300x127.png Secretariat2021-07-08 20:00:122021-07-09 11:31:17EuroISPA co-signs letter calling for the preservation of the key principles of the E-Commerce Directive in the DSA

EuroISPA co-signs industry letter on the EU-U.S. adequacy agreement ahead of...
Scroll to top