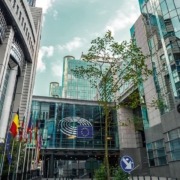 Brussels, 06 January 2019: EuroISPA has co-signed a statement calling the European Parliament, the Council and the European Commission to strike the right balance between expanding law enforcement’s ability to gather electronic evidence and protecting fundamental rights in the new e-Evidence legislation.

In the joint statement, 11 associations representing the European Internet Industry and users, welcome the European Parliament’s efforts to lead the way in preparations for constructive negotiations with the Council and Commission and ask for further efforts to improve the Parliament’s final report.

The amendments to MEP Birgit Sippel’s proposal will be discussed in the the Civil Liberties, Justice and Home Affairs (LIBE) Committee of the European Parliament in January.

You can read the full statement here.

EuroISPA presents its Principles for the Future of the EU Intermediary Liability...