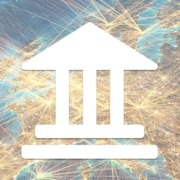 Brussels, European Parliament – 23 January 2019: MEP Julia Reda hosted a dinner debate, jointly organised by the Greens/EFA and EuroISPA, at the European Parliament on tackling terrorist content online. The event offered a platform of discussion on the proposal for a Regulation on preventing the dissemination of terrorist content online, with an emphasis on moving towards workable solutions for all stakeholders involved.

Representatives from the EU and international Institutions, civil society and industry exchanged views on the proposal during the dinner. Julia Reda MEP, Rapporteur for the Opinion of the Internal Market and Consumer Committee (IMCO), opened the debate, giving an overview of the proposal, and concluded her speech stating that “we would be doing ourselves a disservice if we attacked cornerstones of our liberal democracy such as the right to freedom of expression as a knee-jerk reaction to terrorists who are trying to undermine those very values”. Hans Das, the Head of the European Commission’s Unit dealing with the fight against Terrorism and Radicalisation, stressed that the proposal addresses important societal challenges posed by terrorists’ use of the internet to incite, recruit and train their followers. In this context, given the speed and scale of the terrorist threat online, a joint effort by both governments and online platforms is required.

Diego Naranjo, Senior Policy Advisor at EDRi, provided the point of view of civil society, stressing that “the proposal legislates on undefined proactive measures that can lead to an authority requesting a general monitoring obligation. As it stands, it poses serious risks to violate individuals’ fundamental rights”. Charlotte Altenhöner-Dion, Head of the Internet Governance Unit, Council of Europe, focused on the importance of a well levelled approach in respect to human rights. She stated that “the spread of terrorist content online constitutes a serious threat to the safe exercise of human rights. Yet, counter-terrorism measures should not go beyond what is necessary to maintain peace and security, nor should they disproportionately restrict the freedom of expression or subvert the rule of law”.

Malcolm Hutty, Chair of the Intermediary Liability Committee of EuroISPA, presented EuroISPA’s position, focussing on the compatibility of the proposal with the E-Commerce Directive. He also noted that “the obligation to remove terrorist content online within one hour upon receipt of the orders, especially in connection with the lack of a verification system for law enforcement requests, would not work in practice for SMEs, effectively pushing them out of the market and decreasing diversity of services offered online. Ultimately, European consumers would be worse off”.

The stimulating discussion with the participants following the presentations was focused on the issues of upload filters and algorithmic bias, fundamental rights safeguards, and investment in prevention measures and culture.

EuroISPA would like to extend its thanks to the speakers for their presentations and for the stimulating discussions. EuroISPA looks forward to continue engaging on this dossier to work towards a European legislative framework which effectively fights terrorist content online.

67 industry associations reiterate concerns on ePrivacy in letter to negoti...