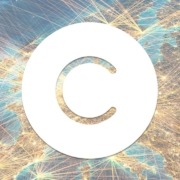 Strasbourg, 12 September 2018 – EuroISPA regrets the outcome of today’s vote of the European Parliament in favour of the Copyright Directive reform. A majority of MEPs have decided to impose upload filters on platforms, and to create an ancillary copyright which might ultimately restrict Europeans’ ability to freely share information online.

They have ignored pleas and warnings coming from hundreds of academics, founders of the Internet, one million of concerned citizens, trade associations, and the UN Special Rapporteur on the promotion and the protection of the right to freedom of opinion and expression.

The proposal will be now discussed by the Commission, the European Parliament and the Council in the so-called trilogue negotiations. EuroISPA calls on the negotiators to strive towards a balanced approach in the upcoming months.

Lunch Debate at the European Parliament: “Cross-Border Access to E-Evidence:...
Scroll to top