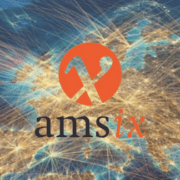 Alexandra Laffitte, President of EuroISPA, said: “We are delighted to be welcoming AMS-IX as the newest member of EuroISPA. AMS-IX will play an important role in the association, contributing enthusiastically to our discussions on policy impacting the infrastructure of the Internet. As the digital sphere continues to change in shape and dynamics, we at EuroISPA believe that it is increasingly important to be able to represent the whole Internet value chain and work together to achieve common goals. We extend our wholehearted welcome to AMS-IX.”

EuroISPA is the representative body of Internet Services Providers (ISPs) across the European continent. Founded in 1997, EuroISPA functions as an ‘umbrella’ association representing ISP associations on policy and legislative issues and facilitates the exchange of best practices between members. The association is structured around different, topical Committees, which allow members to regularly exchange ideas and views on specific policy matters and dossiers.

AMS-IX a neutral member-based association that operates multiple interconnection platforms around the world. Its leading platform in Amsterdam plays a crucial role at the core of the internet and has more than 880 connected networks and over 10 Terabits per second (TBps) of peak traffic.

Peter van Burgel, CEO of AMS-IX, stated: “In the coming years, the European Union will have a major impact on the technical functioning of the Internet by means of new legislation and European stimulation programs. By joining EuroISPA, AMS-IX wants to actively participate in the discussions on the future of the Internet and give a voice to the values that have made the Internet such a huge success.”

AMS-IX (Amsterdam Internet Exchange) is a neutral member-based association that operates multiple interconnection platforms around the world. Our leading platform in Amsterdam has been playing a crucial role at the core of the internet for more than 25 years and is one of the largest hubs for internet traffic in the world, with over 10 Terabits per second (Tbps) of peak traffic. Connecting to AMS-IX ensures customers such as internet service providers, telecom companies and cloud providers can route their global IP traffic in an efficient, fast, secure, stable and cost-effective way. This allows them to offer low latency and engaging online experiences for end-users. AMS-IX interconnects more than 1000 IP-networks in the world. AMS-IX also manages the world’s first mobile peering points: the Global Roaming Exchange (GRX), the Mobile Data Exchange (MDX) and the Internetwork Packet Exchange (I-IPX) interconnection points.

Recap of Past Event: Liability of Intermediaries